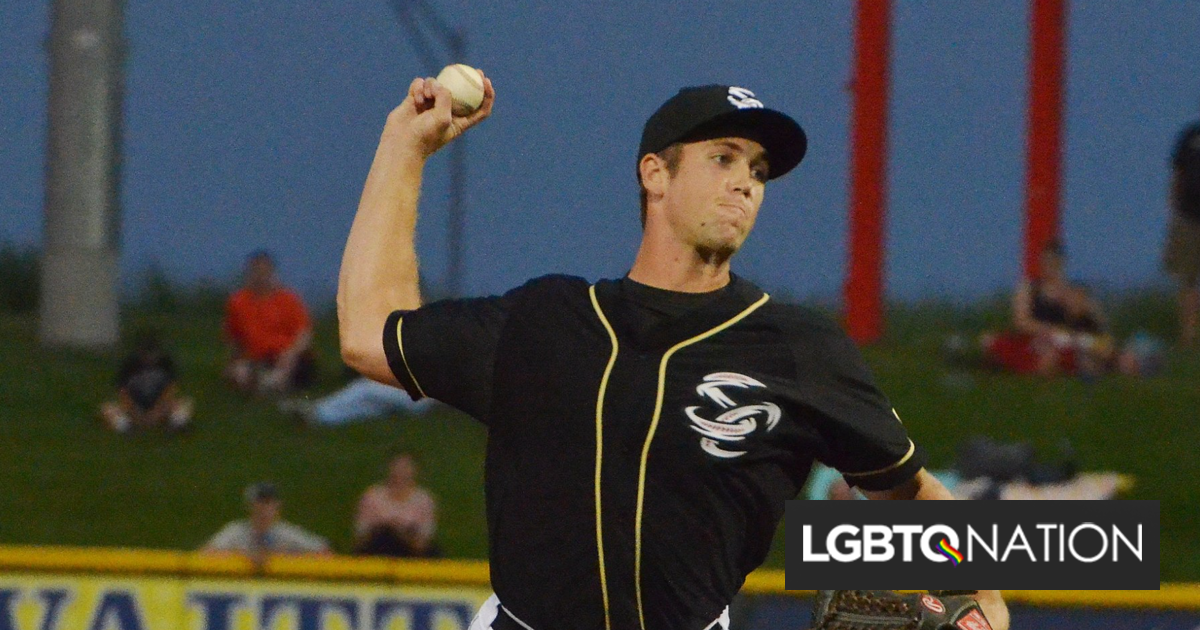 Pitcher Jason Adam during a 2014 game for the Omaha Storm ChasersPhoto: Minda Haas Kuhlmann via Flickr

Several Tampa Bay Rays players removed rainbow logos from their jerseys before taking the field this weekend for the team’s annual Pride Night at Tropicana Field in St. Petersburg, Florida, making reference to LGBTQ identity as a “lifestyle”.

Pitchers Jason Adam, Jalen Beeks, Brooks Raley, Jeffrey Springs and Ryan Thompson were among the players who reportedly removed a special rainbow version of the team logo from their uniforms and opted to wear their regular caps instead of the special Pride-themed version featuring the Rays’ “TB” logo in the colors of the LGBTQ flag.

Related: It’s important that (almost) all of baseball embraces Pride now. It changes the game.

“A lot of it comes down to faith, loving a faith-based decision,” said Adam, who was picked by team officials to speak on behalf of the players.

“So it’s a tough call. Because at the end of the day, we’ve all said what we want is for them to know that everyone is welcome and loved here,” he continued. “But when we put it on our bodies, I think a lot of guys decided it’s just a lifestyle that maybe – not that they look down on anybody or think differently – it’s just that maybe we don’t want to encourage it if we believe in Jesus, who encouraged us to live a lifestyle that would refrain from this behavior, just like [Jesus] encourages me as a heterosexual man to abstain from sex outside the bounds of marriage. It’s no different.

He insisted their decision was not based on judgment and that LGBTQ people were welcome at the Rays’ games. “We love these men and women, we care about them and we want them to feel safe and welcome here.”

Adam and company were in the minority, however. According to Tampa Bay Weathermore than half of Rays players wore the Pride-themed uniform.

“It’s one of those things, my parents taught me to love everyone the way they are, go live your life, whatever your preference, be yourself,” said outfielder Kevin Kiermaier, who was among the players who chose to wear the rainbow hat. and patch. “I can’t speak for everyone here, obviously, but it’s a family environment here on a big league ballpark.… We just want everyone to feel welcome and included and we encourages. It doesn’t matter what you think of anything.

Team manager Kevin Cash insisted players’ differing opinions on LGBTQ issues had not created divisions in the dressing room. “I think what it’s created is, like, what you’ve heard – lots of conversations and valuing the different perspectives inside the clubhouse, but really appreciating the community that we’re trying to support here.”

Saturday’s game was the team’s 16th Pride Night celebration at Tropicana Field and comes at a time when anti-LGBTQ legislation is becoming more widespread. Florida, in particular, has grabbed headlines because of the state’s ‘Don’t Say Gay’ bill, which Governor Ron DeSantis (right) recently signed into law.

“By doing this, we’re extending an invitation not just for this game, but for all of our games, that the LGBTQ+ community is invited, welcomed and celebrated,” Rays President Matt Silverman said of Pride Night. the team.

Russia claims progress with brutal tactics on a smaller battlefield