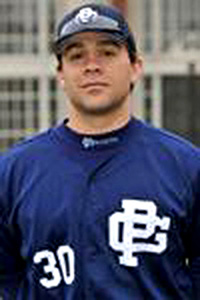 Blue Devils baseball coaches honored as assistants of the year

The varsity baseball coaching staff at Grosse Pointe South High School has received its fair share of recognition over the years for being among the best in the state. Head Coach Dan Griesbaum is a former MHSBCA Coach of the Year and Hall of Fame inductee; now, two of his assistants are receiving well-deserved honors for their efforts this season.

“I’m so lucky to have such great people working in our program for so many years,” Griesbaum said of his assistants. “It creates such stability as well as such credibility.”

After playing college baseball at Central Michigan University, Griesbaum Jr. officially joined his father’s coaching staff at South in 2005. With over a decade of coaching with the baseball program in which he spent much of his life, Griesbaum Jr. believes this recognition is something all of his fellow coaches should be proud of as well.

“I think it’s truly an honor that should be shared by everyone involved in the program and the whole community,” said Griesbaum Jr. “It’s recognition of the success of the program and my father’s success in as head coach. … It’s an honor for the coaching staff as a whole and we’re very proud of our staff.

Coaching alongside his father over the years, Griesbaum Jr. learned a tremendous amount about the game of baseball and coaching responsibilities. Having spent much of his life around baseball and the Southern program, Griesbaum Jr. found a new appreciation for the legacy of the Blue Devils program.

“I think the No. 1 thing is that the right decision won’t always be the easy decision,” he said. “I think my dad ran the program so he could look in the mirror every day and feel good about what he’s doing. … I think maybe when I was younger I didn’t realize how important it was, but over time I came to appreciate it more and more.

After leaving the South staff in the 90s, Reno returned to coach the Blue Devils in 2009. Being part of South’s baseball program for so long, Reno knows what makes the coaching staff special, it’s the longevity and pride of the program.

“As a coaching team, we work very well together, which is obvious, otherwise we wouldn’t be coaching together for so long,” Reno said. “We respect each other and we get along very well and we are good friends off the pitch. 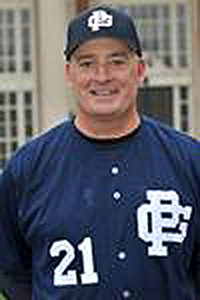 Knowing each other for so long, you have the opportunity to respect each other, work together and enjoy.

With decades of coaching experience in South and Little League, Reno has learned a lot about what it really means to coach. Being on a team with other great coaches, like head coach Griesbaum, Reno said he’s proud that much of the Blue Devils’ coaching philosophy goes beyond just the baseball field.

“We all talk about life skills – how to be a better ball player and how to be a better young man and be a good teammate and deal with disappointments,” he said. “We really compare baseball quite often to life and how hard you have to work and work as a team.”

Reno and Griesbaum Jr. will be honored at the MHSBCA East-West All-Star Game at Comerica Park on Monday, June 28.