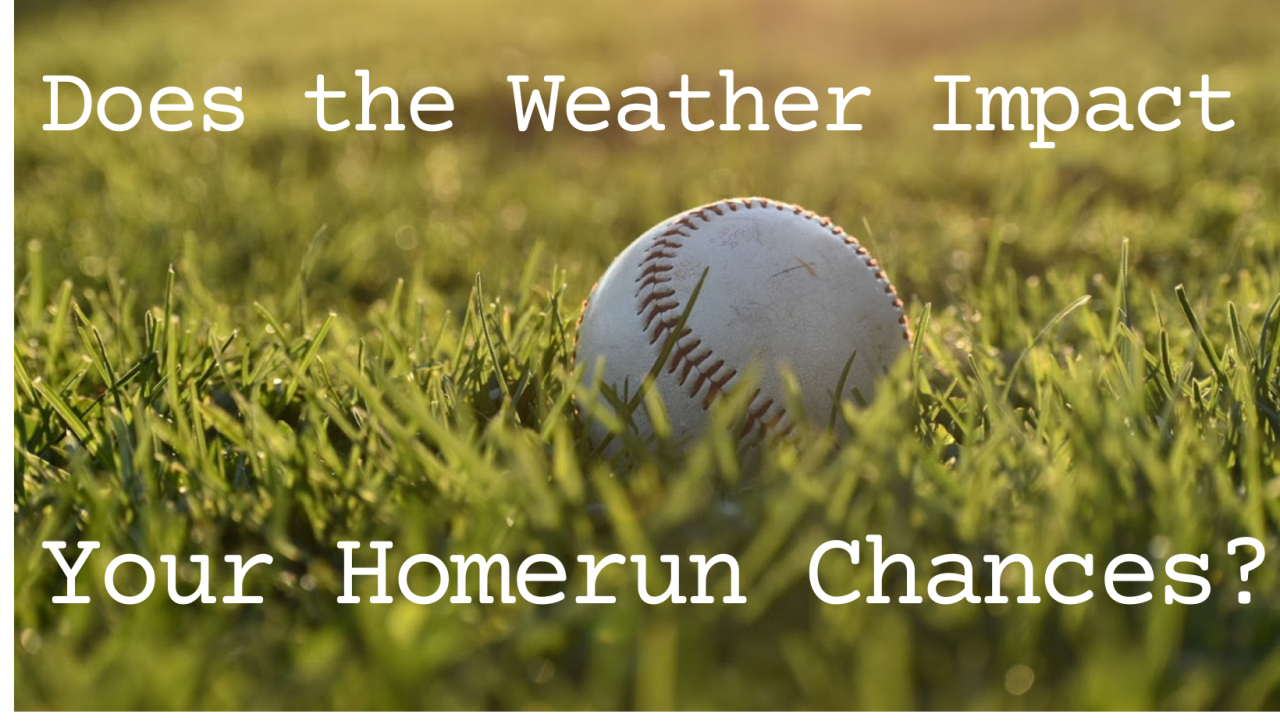 The short answer is yes. However, the help provided by the weather is quite low, most of the work being done by the player and the bat.

So how does the weather help our team hit a home run? It has to do with the density of the air. Baseball will travel farther when the air is less dense. Okay, we need the air to be less dense, but how is that? There are 2 different ways to effectively lower the density of the atmosphere. Before we jump into the explanation, here’s a brief science lesson.

Mathematically, it makes sense that the more molecules of water vapor you add to the air, the lighter the overall mass of the air would become. Less mass per volume of air means lower density.

In a hot and humid atmosphere, the air molecules are lighter and more spread out. These conditions allow a minimum drag force to be exerted on the ball. This means that on a hot and humid day our players can crush the ball and enjoy minimal drag force as it comes out of Baum-Walker! It’s OUTTA HERE!

In summary, if you want Diamond Hogs to have a better chance of hitting a home run, you want the air to be warm and humid!

For other educational and interesting digital weather content, check out other articles from Weather 101 and Weather Blog.