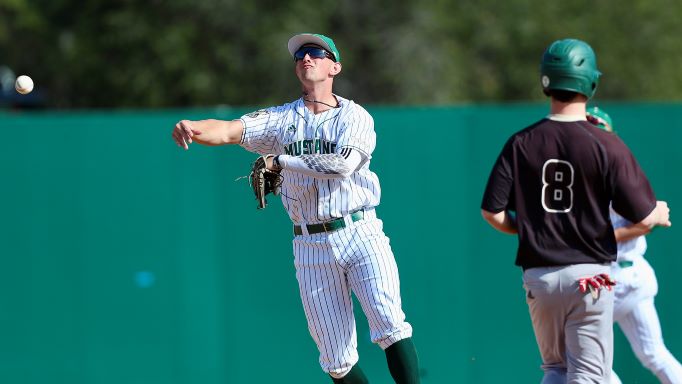 Dylan Beavers is a Paso Robles resident who played in the outfield at Cal Berkeley. Prior to Cal, Beavers played high school ball at Mission College Prep in San Luis Obispo. Beavers was a two-time first-team All-Pac-12 selection (2021, 2022.) He was selected to the US Collegiate Baseball National Team in 2021. At 6’4″ and 206 pounds, the Beavers can hit the ball very far. Last season, Beavers led the Pac-12 in home runs. A baseball analyst predicts that the Beavers will be drafted among the first 20 players selected.

During the recent College World Series broadcast, the same analyst ranked Cal Poly’s Brooks Lee among the top ten players to be drafted. Lee won the Brooks Wallace Award as the top shortstop in college baseball in 2022. This season, he led the Big West Conference in hits, walks, doubles, homers, runs scored, RBIs and walks. In his second full season with Cal Poly, he had a .357 batting average, 25 doubles, 15 home runs and 55 RBIs. His batting average was the second highest in the Big West. Lee is the son of Cal Poly head coach Larry Lee. Brooks grew up in San Luis Obispo and played for San Luis Obispo High School. As a youth, Lee also played for several national baseball teams in international competitions.

Cal Poly pitcher Drew Thorpe is another local baseball player likely to be drafted early. Thorpe is Cal Poly’s first six-time All-American. He was named to first teams by six different baseball associations. As a pitcher, he finished the 2022 season with a 10-1 record and a 2.32 ERA. He was second in the nation with 149 strikeouts. From Washington, Utah, Thorpe was one of five finalists for National Pitcher of the Year. He was the first Cal Poly player named Big West Conference Pitcher of the Year.