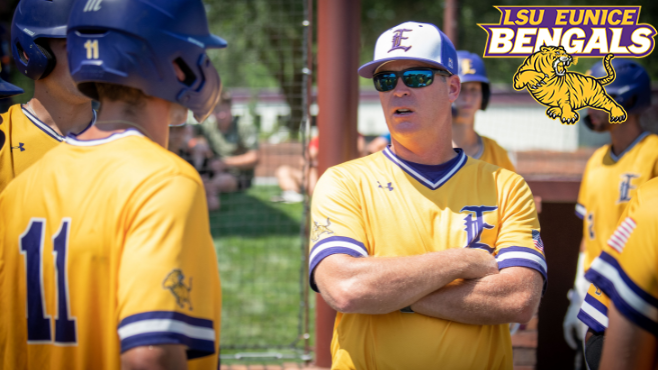 Elected at the ABCA convention last January, Willis assumes the duties of president this month.

“It was a very humbling experience to be elected by your peers to a leadership position,” said LSU Eunice head coach Jeff Willis. “I look forward to working with the committee to help improve and grow the game we love so much at all levels of competition.” Coach Willis begins his three-year term with calendar year 2022 and is eligible for re-election for another three-year term thereafter.

He succeeds Joe Bauth of Erie Community College, who remained at the helm of the Coaches Association through the recent NJCAA playoffs.

A longtime LSUE skipper, Willis is entering his 21st season on the Cajun prairie. Willis established LSU Eunice as one of the premier junior college baseball programs in the nation, leading the Bengals to seven NJCAA Division II National Championships since 2006.

Under his leadership, the Bengals are the second-winningest program in college baseball history, amassing a 942-213 record (.827 winning percentage). Willis produced 60 NJCAA All-Region selections, 25 NJCAA All-Americans, and 57 players went on to play for an MLB franchise.

There have been over 200 student-athletes who transitioned to four-year schools under Willis’ tenure. The NJCAA Baseball Coaches Association has an executive leadership that meets in conjunction with the ABCA’s annual convention. They are responsible for promoting intercollegiate baseball as an integral part of the total junior college educational program.

The ABCA Executive Committee is comprised of the ABCA President and Vice Presidents as well as Presidents representing all levels of organized baseball – NCAA Divisions I, II and III as well as NAIA, Junior College, High School , Youth, Travel Baseball and the Diversity Committee. .

Coaches’ all-league teams for the 2022 season