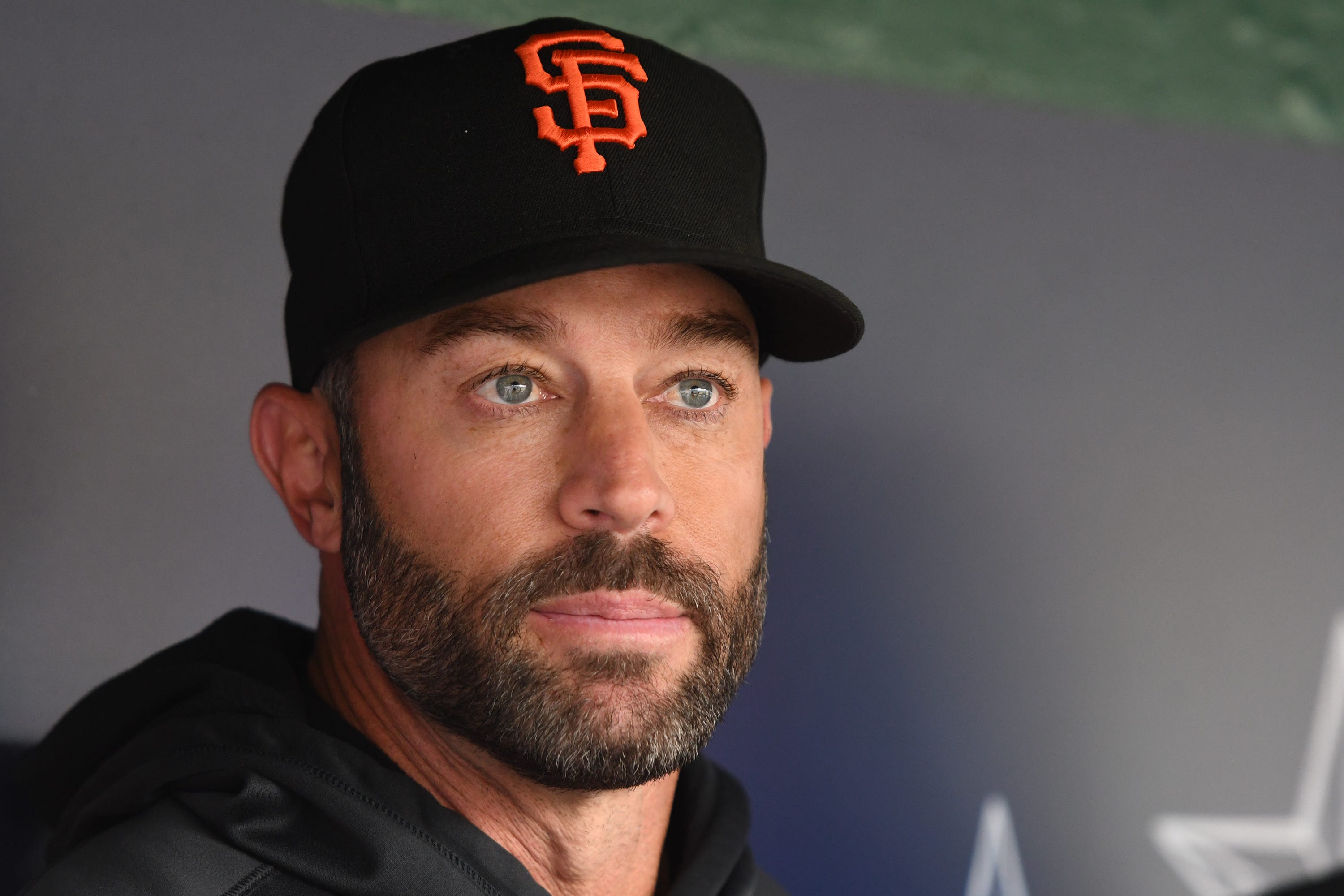 Nationals are the latest team to question Gabe Kapler’s tactics

“He’s not making a lot of friends right now in the league, I can guarantee you that,” Giants analyst Rich Aurilia said of the division’s “all gas, no brakes” approach. Gabe Kapler.

“Not making a lot of friends these days.”@RichAurilia35 explained why the Nationals were upset with Thairo Estrada’s decision to steal and try to score from first on a single in the ninth inning pic.twitter.com/Z2a4AzGX40

For the second time in as many weeks, defending champions NL West find themselves embroiled in controversy over the unwritten rules. This time the injured party was Washington, with Alcides Escobar and Victor Robles crying foul after Thairo Estrada tried to score from first on a base hit by Brandon Crawford. If Estrada had been successful (Escobar had knocked him down at the plate), it would have extended the Giants’ lead to 8-1 in the ninth inning.

Nationals shortstop Alcides Escobar and center fielder Victor Robles weren’t happy after Thairo Estrada tried to steal second base and score on Brandon Crawford’s single in the top of the ninth inning pic.twitter.com/90RdgRGUGz

“We scored seven runs in an inning tonight,” Kapler said after beating the Nationals in Game 1 of the series on Friday night. “They have Josh Bell, Juan Soto and Nelson Cruz in the middle of their lineup. We know they’re also capable of scoring seven runs in one inning.

Gabe Kapler defended Thairo Estrada’s aggressive base in the top of the ninth pic.twitter.com/qO7KDuBN0H

Kapler’s position here is well-documented, welcoming any criticism that may come from the Giants’ penchant for tacking on late runs. San Francisco ruffled feathers in much the same way a week ago when Mauricio Dubon missed for a hit in a game the Giants were leading 11-2. Dubon’s tactic did not go down well with the Padres, with first baseman Eric Hosmer accusing the Giants of poor sportsmanship, needlessly piling up in the latter stages of a blowout.

Defenders of the ‘unwritten rules’ would say Kapler is doing his team a disservice by continuing to push the envelope, putting a target on the backs of the Giants while providing their opponents with scoreboard-ready equipment. ‘job. Of course, the murky, open-to-interpretation nature of these rules (which, again, don’t actually exist) makes it a difficult topic to navigate.

In an unpredictable sport where anything can happen, how many runs is “enough” and when can managers, without risking an embarrassing late-game meltdown, feel safe to finally ease off the proverbial foot? While protecting a six-run lead in the ninth inning shouldn’t be a big ask for a Giants bullpen billed as one of the best in the league, it’s far from insurmountable (anyone remember the Super Bowl LI?). If the Nationals feel the need to take matters into their own hands by sending a message (likely in the form of a pitch back), so be it. But do teams really have the right to be upset with Kapler for doing exactly what he promised?