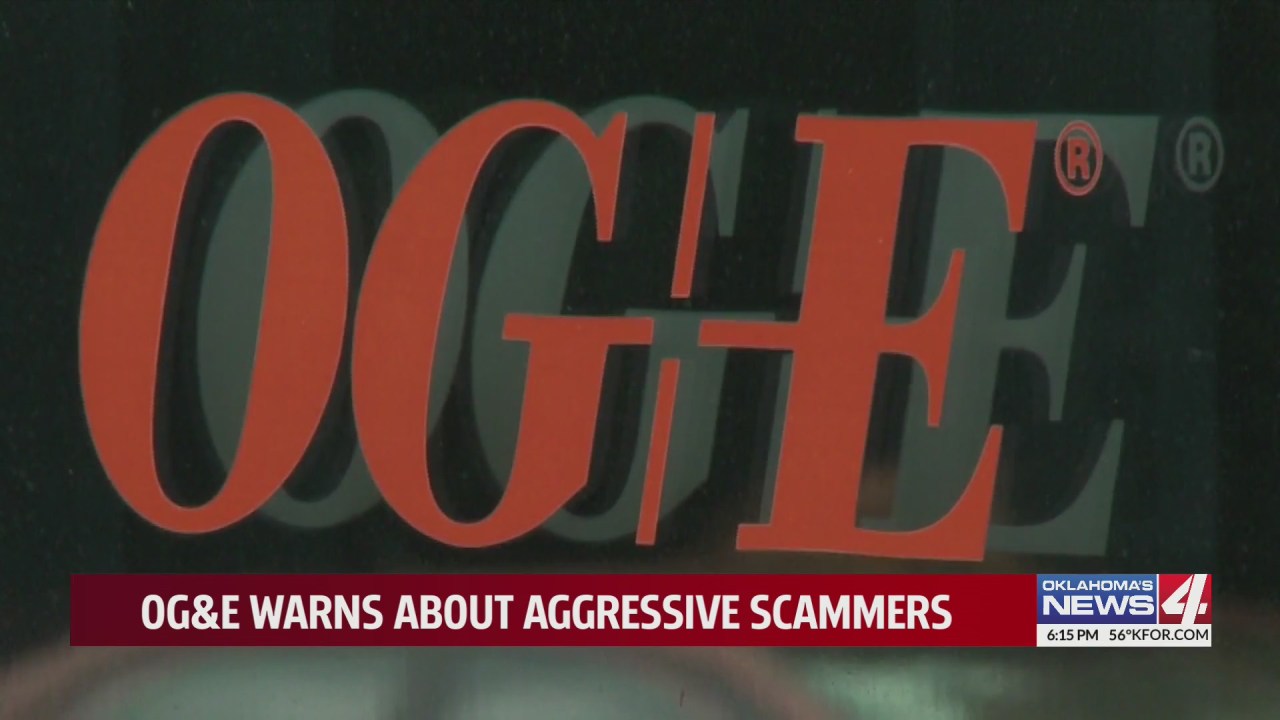 OKLAHOMA CITY (KFOR) – OG&E officials want you to know that crooks are stepping up their efforts to take your hard-earned money.

While officials say these scams are common in times of disaster and have persisted during the pandemic, they want you to know that scammers are getting cunning to try and trick you.

â€œEvery time there is an emergency or a disaster, we really see an increase in the number of scams,â€ said Megan White of OG&E.

White says there has been a slight increase recently in the number of clients who report being contacted by someone claiming to be at OG&E.

â€œThey’re asking them for a payment, saying they’re going to be off and threatening and scary and that’s terrible and that’s never things we do,â€ White said.

White says that although this is a tactic that crooks have been trying for years, they are trying more than ever to deceive innocent victims.

â€œWe’ve even seen him go so far as to spoof phone numbers, so it looks like they’re from the metro area as well,â€ White said.

So how do you know it’s OG&E on the phone?

â€œIf we call, we make contact, but it’s an automated call and we don’t require payment or anything like that,â€ White said.

White says if customers are late, OG&E will send written notices by mail. They will also not come to your home to request payment.

She says the only time they’ll show up in person is for tree pruning or some other form of maintenance.

â€œIf someone is there, we let the customer know that we need to access your backyard, and then we have labels that we will leave on the customers’ doors as well,â€ White said.

OG&E encourages customers to call them and the FTC if you think you are being targeted by scammers. OG&E’s customer service number is (405) 272-9741. They also say that you can always check your account status online.