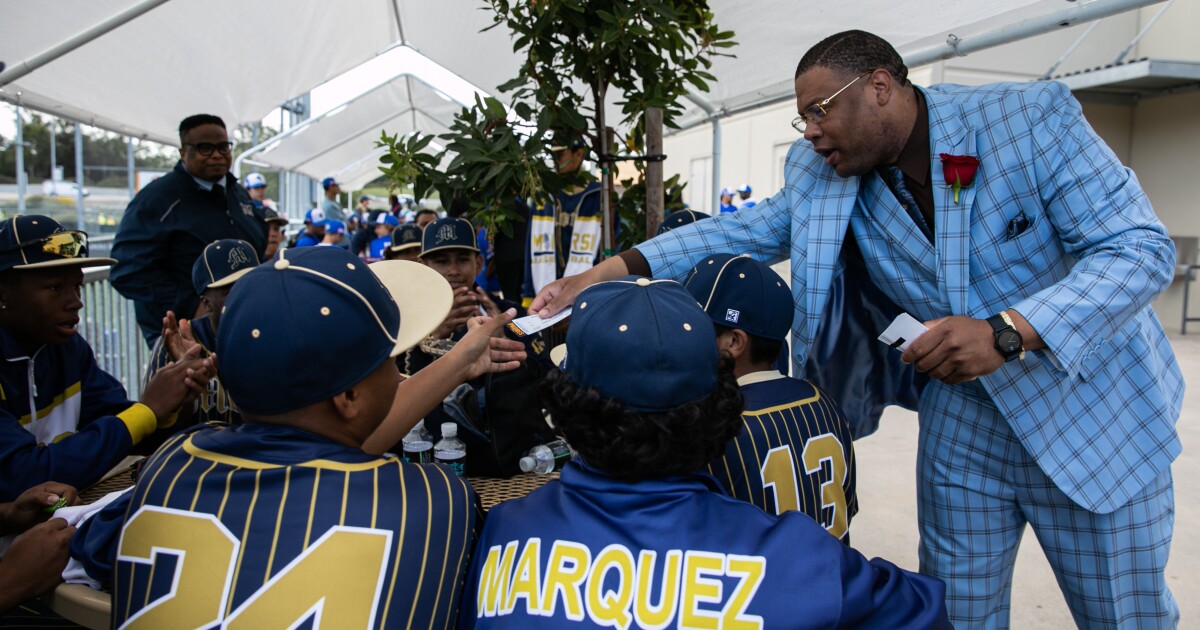 To commemorate the 75th anniversary of Jackie Robinson breaking the color barrier in Major League Baseball, Young Black & ‘N Business announced Tuesday that it will be giving several local high school baseball teams a day at the ballpark.

On Friday, April 15 – nationally recognized as Jackie Robinson Day – YBNB, with the help of other local organizations, will take 75 high school baseball players – 25 each from Lincoln, Samuel FB Morse and San Diego High Schools – and their coaches to see the San Diego Padres face off against the Atlanta Braves at Petco Park.

“Jackie Robinson was a trailblazer and an inspiration,” said Roosevelt Williams III, founder of YBNB, which works to empower young entrepreneurs in underserved communities. “We wanted to use the 75th anniversary to show these young men that if you dream it, you can achieve it, and what better way to salute a man of excellence by bringing the next generation of baseball players to share in this very special anniversary. . ”

At a press conference held at the Jackie Robinson YMCA on Tuesday, players and coaches from each team received tickets ahead of Friday’s game. Tickets were donated by the Tony and Alicia Gwynn Foundation.

“Jackie Robinson is one of the reasons I wanted to play…he really got me into baseball…(so) for me, as a young black man in general – not even just a baseball player – it’s a huge deal,” said Marquis Lewis, a senior with Lincoln’s varsity baseball team. “Our whole team is in the minority…and we don’t really get a lot of opportunities like this, so I think it’s very important for us.”

Marc Santos of the Lincoln Alumni Association said it’s an opportunity that comes with responsibility.

The chance for these three baseball teams, which are rivals, to join this experience together is also a symbol of unity within the community and a chance to build camaraderie, Williams said.

“It’s very exciting … that we’re coming together as a community to just have fun,” said Morse college baseball shortstop Alex Leyva. “It really connects us all.”

San Diego High varsity baseball team captain Wilse Whitaker joked that while he still talks trash while playing against the other teams, after that experience, it would be done with love.

Robinson led by example, a mantra coaches and school officials want their own players to follow. Morse High head coach Dallas Booker says it’s a chance to teach his players what Robinson’s legacy means to them.

“Jackie Robinson had to endure a lot of abuse and his mental toughness just shows my boys and I can accomplish anything if we put our minds to it,” Booker added.

Tickets for Friday’s game are on sale for $35 at www.Padres.com/ThemeGames, and $3 from each ticket will go to two nonprofits: Village of Promise and the David’s Harp Foundation.